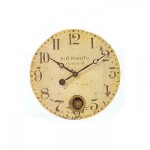 For the past week I’ve been allowing my mind time to simmer. I’ve also needed the time to do little to nothing. At least two evenings ended before the 11 o’clock hour tolled. When I say ended I mean sleep. emma has been ill since Monday/Tuesday and I’ve been exhausted.

To summarize the week I can happily say it ended on a great note which should kick the semester off to a great start. Yea to work! Yea to self? imposed deadlines!

I am not in a institution that previously frightened me like few other things on this planet. Fear. The M word. Fear… Marriage.

I don’t remember when it all began, when my fear of marriage began. I don’t have many references when I think about successful marriages. My mudda and pop divorced when I was barely walking. To this day I know there are so many things that have never been cleared up. I hear it in both of their voices. There is nothing I can do about what happened then and I won’t begin to pretend that something will make it all better. They both did for me what the thought best over the years.

The fact does remain that I grew up in a home where marriage was not a part of my day to day life. Instead, marriage was only a topic discussed as a matter of taxes, etc. At least, that’s what I thought for a long time until me mudda found herself alone after her partner of 24 years left her. Details of why are unimportant. I fall back on the thought that I witnessed the institution of marriage from the outside with other families.

It should be noted that within my close family a healthy marriage thrived with my aunt and uncle. Thinking on it now I find myself realizing I considered them to be a stable and happy couple in marriage but didn’t really think about them as married in the way I saw other families. Maybe it was too close and too difficult to see. Just like seeing things that are in plain site. It’s so obvious that you just can’t see it.

I remember meeting The Harvey’s back in 1996. I remember listening to the four of them speak to each other as equals and yet as children and parents. Each knew their position in the family; yet, still, they knew there was room to breath. I think this was the first time I saw a family do what I thought families did. The Harvey’s were, in my eyes, happily married.

I saw each of them living their own lives. I heard them speak to each other equally. I witnessed decisions discussed and made as a couple. Ha. I think I was jealous and hopeful to find what they had.

It it highly important to note, to myself and anyone reading, again that I am writing about the institution of marriage. I would be remiss to ignore what I learned and appreciated over the years with me mudda while I was growing up.

My fear of marriage has long stood as a character trait my friends and family have joked with me about and made fun of me for. The fact that I’m now married I know and expect the random jab. Someone will say “I thought you didn’t believe in marriage.” I will respond similar to the following “You’re right. Neat how things change huh?” We’ve all done it. EVERYONE of us. At one point we have made the obvious statement or joke knowing that the other person has already heard it, most likely many, many times already. Why do we do it… I don’t know. Personally I’ve been trying to stop myself from doing things like the above noted example for years. It saves me energy and it even saves the recipient the hassle of having to conjure up a retort they really don’t feel like digging up just to make the conversation whole.

My point is things change. Fear slipped away, for me, just over one year ago. The order of my next few thoughts are very much NOT in chronology… I saw another marriage far removed from my family reach it’s 30th year milestone. I wasn’t 30 at the time but found myself in awe of the achievement. “Thirty years?!” I thought. “I don’t know how to understand what that really means. I haven’t even been on this planet that long. Thirty years. That is so cool!” The Berman’s had found a place in my mind just like the Harvey’s.

I know why I was afraid of the M word, the C word, and the K word. I hadn’t met her yet. We’re told so mind-bogglingly often that we’ll “know” when we’re ready. We’ll know “who” it is. Not for nothin… I thought of marriage 3 times earlier in my life. But something… Something inside always held me back. At the time I didn’t know what ‘it’ was but in time I learned that my gut instinct mind knew more than I was willing to accept. I don’t let my emotions guide me. Far too often they’ve led me into ruts, walls, and unlit paths with no end in sight.

Luck, or whatever one might call it has been on my side over the years. Ha. Yea, a little bit of luck and what others described as hesitation, being closed emotionally, lacking the ability to commit, etc. There were reasons for all of those feelings.

A little over one year ago a committed relationship began after a long, shared, struggle through a bout with cancer. From that day I have not looked back. I was ready and felt it was time. I’d finally met… her. She is sitting in the bedroom we own together right now. We planned, brain stormed, wrote and edited a ceremony that expressed our shared view on the institution of marriage, and so many other things.

If someone notices my left hand they will see a volume of history. A past and a understood commitment.

1/2 a fortnight ago I spoke the following words:
By my own free will, you are the person I choose to marry.
I will love you until the end of my life.
With this ring, I bind myself to you from now until the moment I die.

Last Saturday I married ‘her’.

I tremble at the thought of anything happening to her. Knowing that the emotional ride hasn’t coursed over/through me yet is exciting. One hour of writing has brought me through the past, a past I hadn’t fully flushed out until now. One hour + hindsight = 1/2 a Fortnight