Do you remember the Army commercials where the voice over says:

But first, how many hours is that… 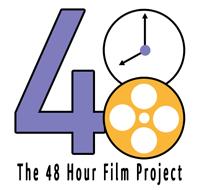 In its 12th year, the 48HFP invites everyone in cities around the world to make a 4-7 minute movie in 48 hours. A few weeks ago it was NYC’s turn.

Shooting a short film in this amount of time is doable if you can plan ahead but what if you had a few variables that could impact the entire production?

On Friday June 1st a representative for each team handed in paperwork and then began the process of creating a film by:

After all the teams have a genre, the organizers announced to every team member the following details that needed to be in every film:

That Friday evening, at around 7pm, I pulled “Sci-fi” out of the hat and shortly after learned the three requirements:

At that moment, more then 60 teams scrambled to get their script written with everything that had just been made known by the organizers. Some had their actors cast, other’s didn’t – including us. Where would the film be shot? If you recall, it was pouring rain that Friday evening. Did everyone have the needed prop and or wardrobe? I got in the car with 2 members of the team and drove home to meet up with everyone else. 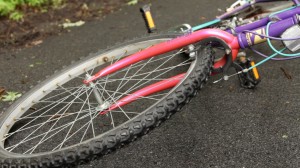 For a little over a month before June 1st my wife, Ali Berman, and I have been contacting friends, family, businesses – name it – to see what we could have lined up for the 48HFP. The funny thing is, we knew we wouldn’t use most of what we found but in this kind of competition it’s better to know than not.

Besides Ali and me, the core of our team was a group of incredibly talented film makers from around the world who happen to live in the NYC and CT area. We met two of them at a film festival recently where the 48HFP Best Film from every city around the world competed for Best Film. Two others I knew because of their involvement in “Objects of Time” which won Best Film in New Haven, CT. And the final member I met for the first time in the city when I dropped off the paperwork. More members of the team joined in throughout the weekend, including cast members and a photographer. A few were nowhere to be seen because they live far from here – Texas, for example.

Before I go on I want to explain what “flipmeover” is.

Recently Ali and I started an llc called, you guessed it, flipemover, llc with the mission to use media to raise awareness of social issues. We are relatively active people in the activist world whether it be by living by example, donating to non-profits, volunteering our time, etc. We want to help and inspire others to care for each other and the world.

This is important because the script would be infused with this mission in mind. 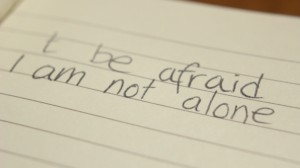 In brief, we made a movie! It runs just about 7 minutes long and is the first thing I’ve ever directed. This is a significantly important piece of this puzzle because directing involves so many things and it was my first time and we had a deadline. What’s my background in entertainment? I’ve been acting since 1999 and have my MFA in it from Sarah Lawrence College. What was I doing directing?

I wanted to try something new. =)

The great thing about the 48HFP is the opportunity for everyone to try something new without the worry of an investor bearing down on you because the schedule is slipping. It is a chance to play, meet new people, and make a movie.

Our team worked throughout the night. We were at Sarah Lawrence College picking up props and costumes at 2am in torrential rains. At 3am the shot list and script was planned and discussed until energy levels reached near zero. Naps were taken whenever possible. I even had a chance to take a nap at around 6am… For 40 minutes.

Fast forward to Sunday morning at 1:30 am when I could no longer think clearly. I found myself staring at the footage we’d recorded throughout the day not knowing what I was seeing and hearing. I had hit the wall and would be out for the count for a solid 4 hours. You don’t even need two hands to count that off.

Such is the way of the 48HFP. Sleep really isn’t an option unless you’re unable to think. At that point you’re doing a disservice to the project so it’s best to step away and to get some rest. There isn’t enough time to bake your cake and eat it too. 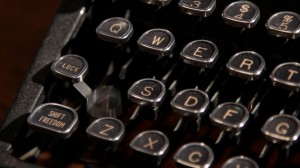 Where do these types of films shoot?

We had locked in (secured) locations around Westchester including a library, an office, and a number of outdoor locations. We even talked with the Yorktown Town Hall about shooting in the area but the cost of $250 nearly doubled the 48HFP early entry fee of $140, normal price is $175, so we decided against using anything in Yorktown.

Indie filmmakers are used to making films on no budget and apologizing instead of asking for permission. Why? They don’t have the money and businesses, towns, etc. don’t treat filmmakers appropriately, relatively speaking.

For example: If an indie film crew were to shoot somewhere in Yorktown you might not even know it was a film crew because they’d be using a hand held or wireless clip on microphone along with a DSLR (digital SLR) or even a smartphone (iPhone/Android). Follow the rules and for this, you have to pay $250 in Yorktown, NY.

For example: Watch “Lost in Translation” when you have a chance and keep an eye out for the karaoke scene. It was shot guerrilla style – aka without a permit/permission.

After our story was decided upon we realized that we were in luck because we could shoot the entire film at our home.

This meant everyone would be in one place throughout the shoot. It would be easy to setup lights, find places to relax, feed the cast and crew, etc. It was like having a big party but we had a couple DSLR cameras recording video. Fortunately for us the rain broke just before we were about to shoot and stayed perfectly clear throughout the entire shoot… In our own back yard.

The Story & The Actors 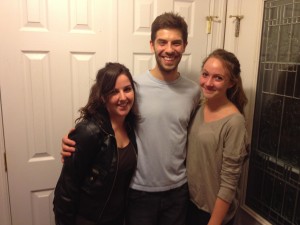 Ali and her co-writer crafted a story with two young girls – one in mid-teens and an older sister, around 19.

I reviewed a list of available actresses we had compiled and set off to secure our talent.

Friday evening I called two actors who had expressed interest and was delighted when they both said they could join us to shoot the film. That’s the quick way to tell this part of the story. 😉

Their backgrounds are not what someone would likely seek out for a shoot like this… Neither had worked with me or any of us before and I had very little footage, if any, to base my casting decisions on because they are both relatively new to film acting.

Our story, as it turned out, included a number of genres including: sci-fi, drama, time travel, teens, and finally lgbt. Our goal was to tell a short and compelling story, instead we told the longest allowable story and did much more than create a compelling story. The visuals are captivating. The music is beautiful. The acting is fantastic. The story will tug at your emotions.

The amount of character and story the writers fit into the script will melt your heart.

There is a deadline to meet if your film is going to be a part of the 48HFP competition – to win awards. It has to be turned in by 7:30 pm on Sunday at a specific location. Unfortunately for us, there was significantly heavy traffic that delayed us enough that we were about 13 minutes late.

Technically we made a movie in 48 hours but we wouldn’t be eligible for any awards. Alas.

As a first time director I not only feel fortunate to know amazingly talented people but I am over the moon happy that they all worked well together and have become friends.

There were a few things I wanted everyone to do during the weekend:

From what I saw, that happened in spades.

Where can you see “quiet de luxe?” 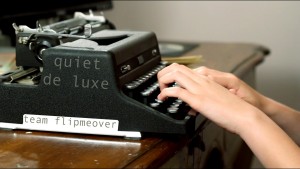 I am working on polishing up the film – cleaning up the video edit, put in the good audio and re-create the credits.

The film won’t change much. The reason for the changes is to make it presentable for film festivals. It will also, eventually, be released online for the world to see.

What’d you do during the weekend? 😉