From Geezeo, to Dream Theatre, to kittens, to Tallgrass Gothic, to 15 weeks, to 11 days, to 12 years… It almost feels like I should be overwhelmed with my life. Thing is, I’m getting the chance to enjoy it all. I couldn’t be happier.

My all time favorite album (Dream Theatre’s ‘Metropolis Part 2: Scenes from a Memory’) is playin, Ali and Lori are out getting ingredients to make cup cakes, and I’m writing. Sweet. I could do the laundry… Maybe tomorrow.

For the past, I don’t know 6-8 months?, I’ve been using an online tool to manage the budget — Geezeo. If you are like me and have to manage multiple credit cards, bank accounts, loans, brokerage accounts I recommend trying out one of the new services that have sprouted their wings this year.

I’ve been fortunate to have found myself in frequent communication with Peter Glyman, co-founder of Geezeo, about the goods and bads I’ve experienced since I started using Geezeo. He’s put me in contact with a few reporters to speak about the product – Baltimore Sun’s article link to the story. It’s going to be incredible to see where these types of products go!

Tallgrass Gotic is done. Hell, it’s been ‘done’ for nearly a month 3 weeks now. emma and I are watching Elizabeth’s kittens – Fiero and Seymour – while she’s in Texas. They’ve been easy to watch and fun to play with. Fiero’s claws are… INCREDIBLE! Google ‘eagle talon’ in images. Hahaha. He doesn’t use them on purpose for any reason but holy mama-mia! Uber hella yimmy! Strike a pose.

Tomorrow we’ll say good-bye to boys as daily visitors but look forward to hanging out with them again in the future. Heck, if Seymour and Fiero are comfortable enough to lay next to me and on emma I think things are going well for their feline brains’s. Thanks for asking Elizabeth – Hope Texas was super all good.

The Tallgrass peeps got together on the 16th to catch up and dine together. The cast, save Aaron, and significant others attended the Mexican dinner themed gathering. Ohhh!Ohhh!Ohhh! I hear the intro… Teheheheh. This has to be my favorite, favorite song from this album… 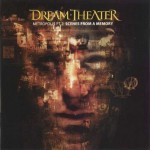 “Shine lake of fire! Lines! Take me higher! My mind drips desire! Confined and overtired. Living this charade is getting me nowhere. I can’t shake this charade. The cities cold blood calls me Home!” Scene 6: Home

Right. The food was excellent and the company was wonderful. It is, from my, quote it if you will, aged perspective, really insightful to hear the perspective from a number of under-grads in regard to teachers and the school, SLC, in general. Elizabeth and David cooked up some hoo-hah food. Desert was all emma’s cup-o-tea cookies. Sorry to say no pix but that’s oki. I do have pix from the show thanks to Quyen.

On the topic of the show – hmm, I’m feeling really hungry. Food break.

In fact, I only need two character, neither of which are used in aural language. The ‘word’: =) OK, ok, okay. Using the letter on the keyboard: istumodomo. That’s written as one word but is, in fact, two words.

From auditions through the recent wrap-up gathering I have been in a state of glee. I told emma I really wanted to nail my role, Daniel. The freedom to “play” (yes I quoted the word, suck it) in each each rehearsal was enforced nearly every day. The cast worked to enhance the show individually and as an ensemble from the get go. The crew was patient and created pieces that fit into the show’s puzzle.

It truly was an experience, not just a show, where the parts were greater than the sum of its parts. I have not worked on a show like this since War Music and Equus. Keeping in mind that both of those were extreme examples of ensemble theatre Vs. a traditional script like Tallgrass.

With 15 weeks left of my MFA I can say I finished strong. No. I finished on top. The show received rave reviews from the Theatre department faculty. “A fully realized show.” was one response. I use the =) as an honest to goodness was of describing the show experience and I love writing experience instead of show because it doesn’t happen often.

Knowing it is VERY unlikely to happen again for a long time I’m relishing this experience. I did not crash like I typically have from other shows. There was no post-show blues or glee. I sat on the =) for a solid week. Reflecting only helps to enforce the feelings.

There was a counter experience during Tallgrass that was not as =). Time will tell where I am in the learning curve. It was thought that this show was going to be all good. It turned out to be a struggle in some ways. Fingers are crossed. Much has been learned. And time is on my side. Hey buddy. Nice entity that time. Catch’ya… later! HA! Oh that was a… Hello? Yea, yea, yea.

Ya ya ya. In 11 days emma and I will be married for two years. Lalala. =D There are no plans but that’s what happens when you have: a 26th birthday (emma’s), an x-mas gathering in NJ with Nan and the Berman clan, x-mas eve with the Berman’s at 21, x-mas morning breakfast back at 21, x-mas in CT at 22 Corrine with me mudda and the Cocchiola clan and Clark Hill with me pop and Lin, the 12th annual holiday bash (here at 11o1), New Years (perhaps in the Catskills with Lori), oh, and that anniversary thing I mention at the beginning of this paragraph. Helluva run on I say. Where was I… Hmm.

Life. Is. Good. No, not the brand, though, I’m feelin the groove.

On tap is “Dogville” a film I’ve been aching to see since I heard about it. A movie that takes place on stage. What the!? Experimental theatre? film? Sure it’s years old but so is my skin. The cupcakes that are about to come out of the oven aren’t though. Here they come! Yummmm.