Yup. That’s me over there. I’m a… well, you can read, at least I hope you can read if not I’m wasting Internet black space… Uh, yea, so you got it. = D

Kazi is here and happily, so is Alice. It wasn’t easy to get her here because of a car conflict but… She is here now. Tis a wonderfully relaxing time at this moment. Kazi made okonomiyaki (ãŠå¥½ã¿ç„¼ã) while I cleaned the kitchen and set the table.

Flashing back to earlier… Kazi, emma, and I ventured into the city where we all found some rockin on stuff. My gold was found at the Burton store. emma found hers in Adidas and Kazi found stuff in both stores. The Shaun White ASYM Jacket is ready to protect me in rain, sleet, and on a mountain this Sunday!

The weather was piss poor dropping plenty of chubby rain on us while we attempted to find the store “Cockpit” for Kazi. This was a valiant but doomed search. We later, at 11o1, learned that the store is called Avrix… Um. Yea. Steee-rike one. Tomorrow he and Alice will give it another go. I think.

The funniest most memorable event of the day involved an EYE! HFCIT! 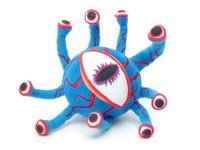 We were about to make the walk to the car. We were finally on our way when we were halted by the red guy light. DO NOT WALK! it said. And so we stood. And stood. And… slash! I thought “Aw man, I got splash’d’ed a lil bit. Heh. That’s kinda cool” Within moments 4 people would be laughing because of what was said next. ‘that car splashed me in the eye!’ A gentleman behind us, along with a lady bust out into laughter and tried to stop… They failed.

One drop of car splashed water made its way into emma’s eye and nobody found themselves yelling or cussing. Instead, a group of strangers laughed at the ridiculousness of the situation. First a chipmunk… Second a car splash… Third? Will there be a third for the eye expert? Be patient Mr. and Mrs. Jones. Be patient. At 12:22 I take my leave and waddle to the tempur. I have to )shakes head( work )blinks eyes( tomorrow. Well that’s just not right. 0= )