And all that other fine stuff. So last week I had a dream and woke up to a pain similar to oh, say, a knife in the stomach. It’s actually funny to say out loud now that it’s done and over.

This was the premise of the dream: My mom was hired by the U.S. Gov T to chaperon a group of GI’s in Iraq.

Insert laugh here. I didn’t because I didn’t see the hilarity until I said it out loud. Happily it was JUST a dream but it freaked me out. I remember crying. At least I think I was crying in my dream. I was really scared. She said Ã¬Gar it’s going to be fine. We need the money and things are okay over there. Try not to worry.Ã® All of this was said with a smile and a peaceful, caring look. All the while I was terrified.

I did wake up and find that everything was still in place. Mudda is in CT and no GI’s are knocking on her door with permission slips. Oy.

On another note I’m happy. Really. While I was walking back to my car after a nice dinner at the Volley Ball coach’s place with the team I thought Ã¬Hmm, I’m happy. (pause) Cool.Ã® Volley Ball is going so very well compared to last year. Daily coach meetings have helped practice preparation and a variety of other things and it’s just nice to have an outlet to brainstorm new ideas.

My acting class has been interesting. I performed a poem last week Ã¬The CreationÃ® by James Weldon Johnson. Um… yea. My performance went well but I had hoped to instill something different into the poem. In today’s class I figured out what would have worked. Having the reader act as though they were on in court explaining what they witnessed. Another God explaining what they saw happen Ã± accusing him of interfering with the natural order of things. To those Marvelites you’d recognize the similarities of Uatu the Watcher based on the moon. THAT would have rocked. Alas! No more of that poem for lil ol me. = ) 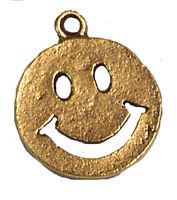 Back to the happy thought. I am. I simply am and I’m not sure exactly why. I know I like my job more than ever. The challenges are profound… daily. New opportunities seem to find their way to the office without hesitation. New blood is so peculiar in a small office environment. V ball is awesome. Nearly all the girls are ready to go during every practice. Last years problems are gone. Completely g.o.n.e. Of course new concerns rear their head but, LOL, they’re NOTHING like last year. When a topic is discussed among the entire coaching staff it’s big. Next year there won’t be any new topics because of the Volley Ball team. = D

It’s been a while since my last rant (9/14 114am), though it’s private so only I’ve read it, but I can note that it’s now been just under 4 weeks since I’ve heard from None. I’m guessing things are going well for her in FL. If I prayed I’d send a prayer her way. Life in that area of the country has got to be interesting with all the hurricanes this summer. There isn’t much more to add because… well, I haven’t heard here nor there from her.

On 9/18 I saw Avenue Q and it was a PUPPET! Many puppets actually! A stage full of puppets. Puppet puppet! Puppet! After watching a miniature evil feline I was blessed with the sites and sounds of two monsters, a Gary Coleman wanna be and a bunch of other puppetry fun with Emma. Thank you Cali. You did a great thing in running away while I was house watching. Actually thank you Rachael for getting married. No wait, thank you SLC for having a job opening 2 years ago that brought me to this area. No wait… Hehehe. Ã¬The Internet is for pornÃ®, Ã¬Everyone’s A Little Bit RacistÃ®, and Ã¬My Girlfriend, Who Lives in CanadaÃ®all rocked. The first 30-40 minutes were stellar and the Asian, er, Asian American. Damn racism popping up again. = ) Heh.

The puppet work was AMAZING. The nightmare scene and the money song probably had the audience taken back more than any other numbers because of a puppet the size of the stage appearing and a random appearance by additional cast members on the upper level asking for money with money hats in hand. Think church. Good. Emma and I were supposed to go to dinner too because she bought nose bleed tickets. Her mom said would have picked up better seats. Much better seats. Seats CLOSE to the stage. But that didn’t happen. So instead dinner was offered up to us at the restaurant of our choosing. We choose eggs and English Muffins. And? WOW! They were stellar!

This same evening I was in ULTIMATE pain with a headache that kept me in pain most of the night. I slept for 12 hours. This is not normal any more. Nope nope nope, not normal. Ice packs were on my forehead trying to quell the pain. The next day Emma put a pack on her head because of a bug bite that swelled up her forehead Ã± making it look like a baseball had hit it. After a couple minutes she took it off saying that I was nuts because I left the packs on my head without moving them for hours. Yup, the headache was THAT bad. Stupid back muscle tightness… You go squish!

Last thought! Well, second to last. The last one is already written below… Yesterday. V ball… wow! Q, Emma, and Tutor. 9 games. Wow! Mamma mia oh my hands down HOLY BATMAN wheels spinning on the Joker’s chemical toys! Probably one of the best days of volleyball played in months. Talk about fun. And lest I forget the topless 9th game. Ah the warmth of the gym.

My last news post was on 9/11. Ay yay yay! That’s just not good. That’s going to have to change this week. Initiate change in 3…2…1… thump tempur time.