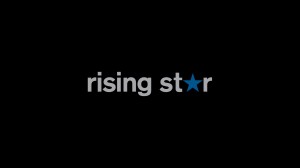 In October of 2010 I shot my first feature film in the lead role of a film titled “Rising Star” in Connecticut for 18 day. On Friday the 6th of April 2012 the Official Teaser Trailer was released!

Just prior to its release “Rising Star” was accepted into the Seattle True Independent Film Festival (STIFF) and will World Premiere on Sunday the 6th of May 2012. Things are only getting started with the film and I have to admit the emotional roller coaster has already begun.

How could there be stress? This is exciting news!

As an actor, it’s über exciting and will be good fun to read the reviews of the film. Yes, I’ve grown a thick skin to reviewers. “Hi, trolls! I <3 you too!” But, as a producer the work is almost never done and finding time to do producer work in between everything else that is going on. And boy-oh-boy do I have a number of things going on.