Before you read another word, please post a one word comment below answering the question: Do you believe Pluto should be classified as a planet?

Earlier this year I was fortunate to listen to Mike Brown, the man that ‘killed’ Pluto. How did he do this? With data and reasoning. In his most recent blog post he provides two visuals that help to understand why Pluto is not a traditional planet. Mike’s latest post:
http://www.mikebrownsplanets.com/2009/08/planetary-placemats.html 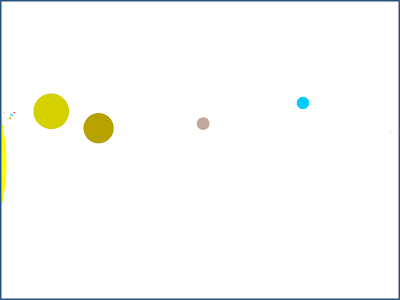 The Kuiper belt with Eris and Pluto and the rest is really there, way off on the right side.

During his presentation at on April 15 at the 2009 Science Lecture at Sarah Lawrence College, available for viewing online, Mike reasoned through the decision. He is very entertaining akin to Carl Sagan.

“How I Killed Pluto and Why it Had it Coming”
http://www.slc.edu/news-events/video-audio/video/science-lecture.html

A quick tid-bit about Pluto:
Pluto is about half the size of the moon.

As of 2008, only five objects in the Solar System, Ceres, Pluto, Eris, Makemake and Haumea, are considered dwarf planets. Wikipedia

This all got started for me when I saw this article on CNN (http://www.cnn.com/2009/TECH/space/08/24/pluto.dwarf.planet/index.html). Actually it started when I saw a poll on the front page. If I hadn’t seen the presentation I would have opted not answer the poll because I would not have known how to classify a planet accurately. Most people do not hesitate to voice their opinion. The results astounded me, and so I felt it imperative to write about the death of Pluto and provide resources to help others learn what I learned.

Pluto is not a planet and never was. It is a part of an asteroid belt and shares the size of other planet like object within the Kuiper Belt. Blow you mind and look at the number of objects in the Kuiper Belt on the Wiki page – http://en.wikipedia.org/wiki/Kuiper_belt

So, now that you know all/some of the reasoning… Do you now understand why Pluto is not a planet and never was? Be sure to toss out your emotions before chiming in. I grew up with Pluto as a planet and my Animaniacs CD is far from accurate. Things change in science and this is OK.