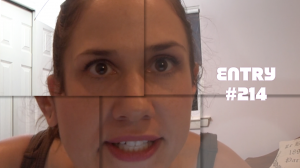 POWER UP, POWER OUT

If you could have 2 powers, small & big, what would they be? In this alternate world it’s a reality and something big is about to happen.

Can you pull yourself away from your handheld device? You’re not going to want to miss this. #techaddict

Power Up, Power Out was shot during the 2013 NYC 48HFP and recut in Final Cut Pro X using the multicam feature, something I wanted to explore more fully, within a long one-take where the actors and camera go through the entire script without stopping.

Cast (in order of appearance):

A flipmeover production.
flipmeover’s mission is to use media to raise awareness of social issues.