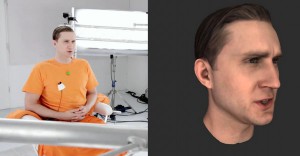 What does it take to create a great video game? Your first thought probably isn’t actors, but it should be up near the top if it involves dialog and/or facial expressions.

Rockstar games is releasing “L.A. Noire” developed by Team Bondi on May 17, 2011 and anticipation is high. Gamers are flipping out over the visual quality of the clips released. They have created something truly wonderful.

What did it take? Take a look at the behind the scenes clip below…

There you have it. Years of development into the latest technology, a noir style game and Aaron Staton from Mad Men as the lead character. Much much more goes into the making of a video game but something struck me after I watched the video embedded above, the comments left by gmers.

“The life-like realism can only make the game industry better.” – MYRM1D0N

Nearly everyone is astonished by the animation… That happens to look almost exactly like the actor. Adding great acting into video games like this only adds to the quality of the medium. I’m all for it.

The feeling that I’m having a difficult time shaking though is that the an actor’s likeness has been captured and digitized instead of watching them interact in a scene in person. It’s cool. It’s amazing. It’s a merger of skills, creativity and craft. And yet the reactions are that of awe of the “animation.”

But why is there no thought to the work of the actor? The cameras and computers are capturing and digitizing but the actor is adding the subtle elements that will bring this game to life.

I’ve had friends say that acting will become a thing of the past because actors can/will be computer generated. As an actor I disagree because I know how difficult a craft it is.

L.A. Noire is on track to blow gamer’s minds and it’s because of the collaborative efforts of digital magicians and maestros of expression. Let’s recognize the achievement accomplished by the technical wizards but let’s also recognize the human element of skill as well.

Everyone involved respects the craft of the other. It takes two to tango. It takes a team to make a video game.

“So if the Characters look like the Actors/Actresses then will there be a Movie made after two years from the Games Release as a Sequel to the Game using the same Talent????” – WII-moteU2