If anyone told me one more time that it “rains a lot in Seattle” I’m certain I wouldn’t have heard a word they were saying. Why? Because few people I spoke ti about Seattle have, in fact, BEEN to Seattle.

So, as I’ve been informed by most, if not all, of my insiders, I was to expect lots of rain. Well. Won’t they all be blown away to know that it does rain in Seattle! Holy MMORPG Batman! Get this, it even gets hit with sunlight too. Even, run Rudolph into the ground before he asks for seconds, in the same day.

What’s I’m trying to say is that the morning of day 1 at the Schirmer residence we awoke to drizzle. Slightly north, 15-30 minutes or so, it was pouring. emma and I were worried that we’d under packed. Not so fast Kimosabe. By early afternoon the sun was beating down quite nicely and the temperature rose and rose and rose turning the say into one helluva day.

With a semi-late awakening, about 8ish, breakfast was soon after quickly ingested. By 11, or maybe 12 I don’t remember the exact details so bugger off, Karen, emma, and I explored the area. Some areas remind me of New Hampshire, Vermont while others are like Massachusetts or Connecticut. What I mean to say is it looks like NH, VT, etc. The people, the shops, and the culture have been on the different side of the coin.

One interesting experience was a town called Kirkland, yes the same name of CostCo’s generic foods. Houses were nowhere near consistent. Some were beautiful then the next was run down. The biggest surprise was proximity because they were almost on top of each other. Strange. 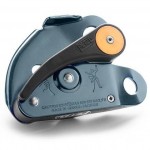 Lunch was quite nice and soon after we (Karen, emma, Brendan, Cory, and Ryan) made our way to the local rock climbing watering hole – Vertical World. It was a nice place but neither of us liked the floor locked top ropes via grigri. We like having more control over while belaying. Instead, we were locked into one position and couldn’t help each other as we’ve grown accustomed.

The climbs were pretty cool after we figured out how to use “features” built into the walls. D’oh.

A mighty fun conversation topic or two swirled around like a gnat all day – health. It was great. We all talked about sustainable foods, exercise, past experiences, thoughts, concerns, etc. At times, it seemed that even the boys were interested. Boring adult talk. Bla-di-bla-di-blah-di-blah. )Insert happy innocent smile here(

So far, yes all of one day in, this vacation has been phenomenal. Conversations have been great and the area truly is calming. How could it not with a 60 acre piece of land for soccer fields nearby. !!!!!!!!!!!!!!! YEA THAT’S COOL! If I remember correctly there are 15 pitches mapped out. Holy wow.

There is much more to say but I want to enjoy more of Woodenville with the Schirmer’s and the lil lady. Things are looking up and we’re all of 1 day in. Hoo-rah!

On tap for today… A realtor.

No, we haven’t decided to move out here… Yet. )innocent whistling(