A three day weekend. Normally this is a BEE-YEW-TEE-FUL event. This past weekend well, it was and it was not.

Friday, Saturday, and Sunday felt like butter on hot toast. “Oh there it, wait, there’s, hmm. Tis all gone.” Friday the car went into the dealer to have some work done. Some work was done but not the work I asked for. The check engine light turned on while on the way home Sunday and the braking noise was loud enough to hear the same day I picked up the car. OH Joy. At least they repaired the thermostat and the master cylinder (check it out on the right). Two slightly important things. Heat + shifting ability in a manual vehicle. Muy importante. 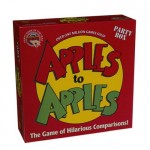 Our annual History X-Mas gathering happened before x-mas this year. The attendees were: Jacek, Brian, Mike, Jill, Celeste, Joe, Courtney, Doug, Ed, emma, and I. A good size gathering for a good sized amount of fun. The crowd has changed a small bit but the reason hasn’t. Apples to Apples filled the evening with a barrel of laughs. One of the highlights included Snow losing out to Pearl Harbor for the word – Cold. If you understand the game you’ll understand the individual subjectivity that makes up the game. Buy it, play it, laugh.

Oh, lest I forget one of my favorite words – milk. Before I picked up the group of cards laid out on the table for the word ‘brilliant’ I announced ‘if milk is in there… oh man…’ Doug played the best card of the evening. Yuppers, he dropped milk into that there pile. One green card for you sir.

On the topic of milk… Organic milk is expensive compared to your run of the mill milk in your grocers dairy section. I think 1 gallon runs for approximately 3.50 while 1/2 gallon of organic will cost you about 2.50. Whoa now missy. Yup.

Nature’s Promise, as I’ve just learned, is Stop and Shop’s response to organic milk, for the masses. Not bad. The cost is frustrating but I’m expecting the physical benefits to counterbalance, in my body’s favor. In hind sight I should have made the switch sooner after having seen “The Corporation” and learning about recombinant Bovine Growth Hormone – wiki link.

Courtesy of ‘The Corporation’ – “rBGH, a controversial synthetic hormone widely used in the United States (but banned in Europe and Canada) to rev up cows’ metabolism and boost their milk production. Because of the increased production, the cows suffer from mastitis, a painful infection of the udders. Antibiotics must then be injected, which find their way into the milk, and ultimately reduce people’s resistance to disease.”

I figure at least one month until I see any impact/change. It wouldn’t suck to feel better.

Back to the car… I scheduled ANOTHER appointment for me wee car. Hopefully they’ll finally figure it all out. Hoorah! )shakes invisible dice( Come on lucky Friday. )throws…(