You’re probably thinking “Why would I want to read a blog about being sick?” and I can tell you what I learned after being sick for a week shocked me enough to write a blog.

To be or not to be sick 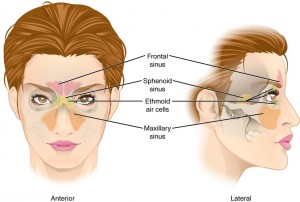 Sunday evening I felt something in my nasal passage and a bit of my throat. “No big deal. I’ll sleep it off.”

It didn’t seem like something I’d need to think about because I wasn’t around anyone who was sick and I felt great except for the odd feelings I described.

Though, I’d been in an environment where, I thought, mold may have been kicked up and since I was around it for most of the day figured it’d make sense that I’d feel a tickle like feeling. I’ll be fine as long as I get some rest.

Sunday morning I woke up feeling awful so I rested up as best I could and drank water – so much water, and even napped. I don’t nap easily so I figured ‘Pfft. I’ll feel better when I wake up.’

How bad was it

For nearly the entire week I slept at a 45° angle because the congestion made it impossible to sleep when I was fully horizontal. Sunday night I thought I’d be able to sleep through it and there it was, strike three. This cold, or whatever it was, beat me out of the gates and had me fooled until it was too late.

And so there I was at 3 AM on the couch because I’d already woken up a little after midnight, a whopping 2 hours since I’d gone to bed and then again around 2:30 AM, breathing through my nose was barely an option and the sinus pain above my eyes was horrendous. I wasn’t going anywhere and the 2 showers I’d taken barely helped ease the pressure.

I’d lost all of the opening battles but the war was still mine to win.

If there was anything good that came out of this cold was that I had access to HBO Go and content galore to watch. And so I sat in front of a computer watching Game of Thrones and probably looked like I was bored out of my mind because of my lack of facial expressions. It hurt to do anything except stare.

Around 30 hours later I was caught up with the rest of the world and found that I was feeling better though it wouldn’t be until Saturday when I could get through the day without feeling woozy.

Sick Time in the workplace 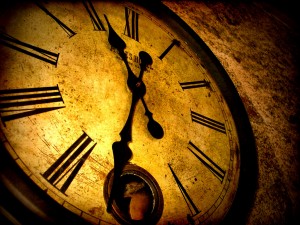 Between episodes I found myself thinking that if I were at a traditional 9-5 job my employer would want me back in the office or I’d have to get a doctors note to be out for more than 3 days – my experience may differ from yours. While home I probably would have had to check my email and/or respond to something that wasn’t truly pressing but someone felt that it was, so up to the plate I’d step.

Mental and physical health are often overlooked by (big) business and our government here in the good ‘ol US of A. While the European Union has a minimum number of vacation days, 20, the USA has… Well, nothing on the books for vacation or sick time. If your employer offers either or both you consider yourself lucky.

If you want to get sick to your stomach, note that the good ‘ol US of A is the only country with “0” in this list of countries that provide mandatory vacation days. China, Iran, Russia, Canada, Spain, etc. all have a minimum.

Sick time? The details vary but country after country prove that the well-being of the individual and society benefit from mandatory sick time. How it is possible that we, one of the most ‘advanced’ countries ignore such obvious and important things?

Interestingly enough, as of January 1, 2014 Portland, Oregon has enacted a new law requiring sick time. And while writing this blog I learned that Connecticut was the first state to mandate sick leave. #homestate #shoutout

From where I sit

As I said, I was shocked to have these thoughts come to mind all while relaxing at home instead of hurrying back to the office because productivity. Some people come in to work because they need the money and sick time is unpaid. What happens to someone else who gets sick because of them. Dominos is a fun game but it’s everything but fun when one’s well being is put in harms way.

I’m not working at the moment and have to say this was the best ‘sick at home’ experiences I’ve probably ever had. Sure the cold thing wasn’t fun but I didn’t have anything else to think about. All I focused on was getting well. It was a bit surreal. Who knows how long it would have lasted had I hurried back to an office mid-week when I was feeling better. I do know that the way this cold thing ended was new to me. I could feel it ending and then poof it was gone.

That’s not how my colds have ended in the past. Would it have lingered on for another week because I ignored the needs of my body? I’ll never know but I do know how I plan to approach colds in the future.

Has the lack of or number of sick/vacation time you have ever gotten you to think about this idea before? If not, what are you thinking now? How can we focus on the health of individuals and society without devastating economies and businesses?