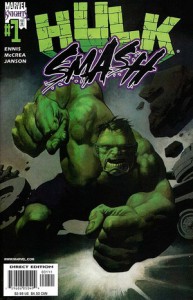 On Novermber 12, 2009 Herr (it’s such a fun word… Herrrrrr) Doctor published a story on the Huffington Post titled “9 Reasons Why Dating Actors is a Bad Idea.” There are approximately 20 comments. Support for his article, is hidden among the wreckage of a 20 car pile up. When you miss the target… People will tell you.

Now I’ve been living in Los Angeles for some years, and for better or for worse have gone out with enough actresses to know what it’s really like.  So if you’re seeking a fulfilling relationship, here I present to you why dating an actor is a Bad Idea.  My experience is with the females, but the generalizations below being of the vast variety, they apply regardless of gender:

The first problem I had was, well, besides the entire article, was that the “generalizations” “apply regardless of gender.”

What?!</dr.who> David Tennant’s Dr. Who that is. So sad, he’s leaving the TARDIS soon… YIPES! I’m on a tangent. Must jump off…

I had a thought, I wondered what my friends would say if they were asked:

What occupation do you think makes someone bad or difficult to date/marry?

Some really great examples of, possibly, difficult people to date/marry.

If I could insert a beat or a dramatic pause for affect… I would. In fact, I would probably insert about 5 to 10 dramatic beats. I’d have to stop there because people would probably leave thinking I’d finished the blog – but I haven’t! Oh nooo.

Let’s talk a moment doctor; well, I’ll talk, you’re more a name and a picture on Huff Post… When I worked at the US Post Office sorting mail into PO Boxes I had a normal schedule… I was at work by 5am and made enough to get by. I wasn’t very happy.

When I worked at Chili’s I made pretty decent money but had my schedule change, practially, on a weekly basis. Continuing the trend of unhappy.

At Bell Atlantic Mobile, now Verizon Wireless, it was, the best of both worlds, in your opinion Herr Doctor. I had a set schedule and made pretty good money. I was also, you guessed it – unhappy. In other words, I needed to find something more fulfilling.

My present job is not that of a full time actor. Though acting is a large part of my life. I have a regular schedule, I make decent money, and I’m very happy. Everything is perfect right?

There are reasons why it is not a good idea to date actors though. You came close with one but there are others. Let’s jump into the pool, hold your breath now. One… Two… Threeeeeeee!

Acting is not easy. Because of the celebrity world the working, or struggling, actor is put into a box based on what the media tells us about famous actors lives. Herr Doctor, I urge you to revisit your position, your post, and to consider the jobs noted above. There are many couples, married and not, going about their day to day and night to night with an actor in the family – happily. There may even be two, or more in the family. The community is quiet supportive. =D

Actors, those in a relationship with actors… What did I miss? What actually makes it difficult to date actors?